In February 2011 Adams was featured in a Spartan Race video about overcoming adversity, and shortly thereafter signed on to work as the branding consultant for the growing Spartan Race company where she was integral to re-engineering and building of the brand in a global marketplace. She even penned the infamous tagline, “You’ll Know at the Finish Line.”

At Spartan Race, Adams served as PR and Brand Director. She was a part of the organization when the trend of Obstacle Course Racing (OCR) was taking off in the global marketplace. During her final year with the company, Spartan hosted close to a million athletes in 2013 and over 60 events worldwide. When Adams began with Spartan there were only 20,000Facebook fans, when she left in October 2013 there was well over three million, a clear testament to the growth of Spartan and of an emerging industry she helped to build. 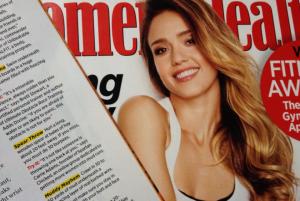 Adams was featured in two books as a contributor in 2012: and Ultimate Obstacle Race Training: Crush the World’s Toughest Courses.
Adams has been featured in a Disney “XD” mini-documentary, quoted in several newspapers and magazines including Outside Magazine, Marie Claire, Oxygen, Women’s Health, Omaha World Herald, Huffington Post, Runner’s World, Monterey County Now and even had a cameo on Sports Center supporting her work at Spartan Race.

“Carrie Adams worked for the Spartan Race organization during its early years and assisted with the brand’s growth and development. She was able to work with my vision to build the brand and elevate the customer experience. She never wavered on presenting Spartan as a true sport and a leading innovator in the obstacle course racing industry.”